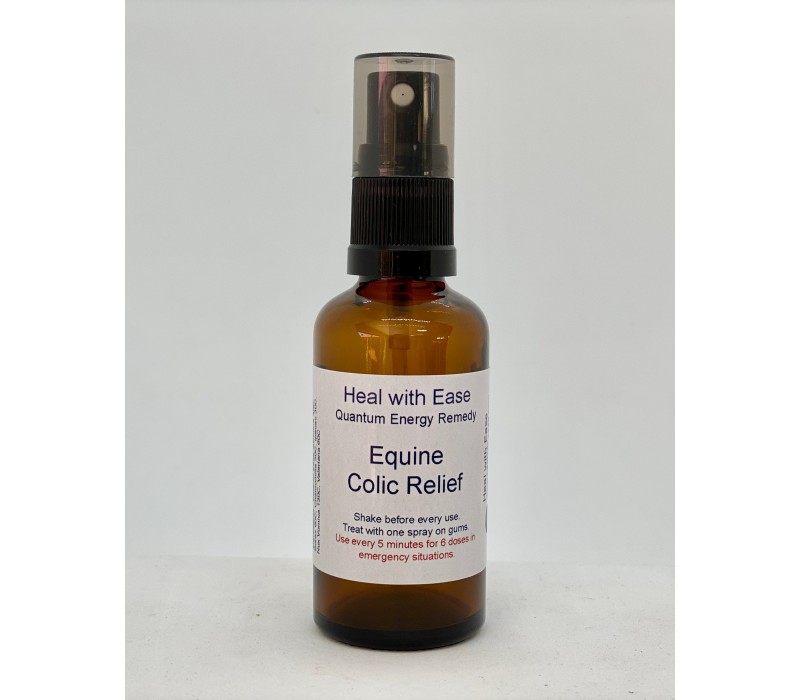 Use this remedy every 4 hours in the case of colic to calm the inflammation and encourage a healthy bowel motion to settle things down. Obviously the sooner you start the better the results.

There are a variety of different causes of colic, some of which can prove fatal without surgical intervention.
Colic surgery is usually an expensive procedure as it is major abdominal surgery, often with intensive aftercare. Among domesticated horses, colic is the leading cause of premature death. The incidence of colic in the general horse population has been estimated between 10 and 11 percent on an annual basis. It is important that any person who owns or works with horses be able to recognize the signs of colic and determine whether or not a veterinarian should be called.

Colic is a life threatening condition and in most situations it is wise to call your vet out. While you are awaiting your vet or at the first signs of colic you can use our Heal with Ease Horse Colic Remedy that can assist with the inflammation and bloating. Our clients use this remedy with great results, which means that surgical intervention is often avoided.

Common signs of colic are rolling, pawing, sweating, raising the upper lip, looking at the flank, uncomfortable and lying down.

Like many of our remedies it is vital to have on hand to use at the first signs of colic.