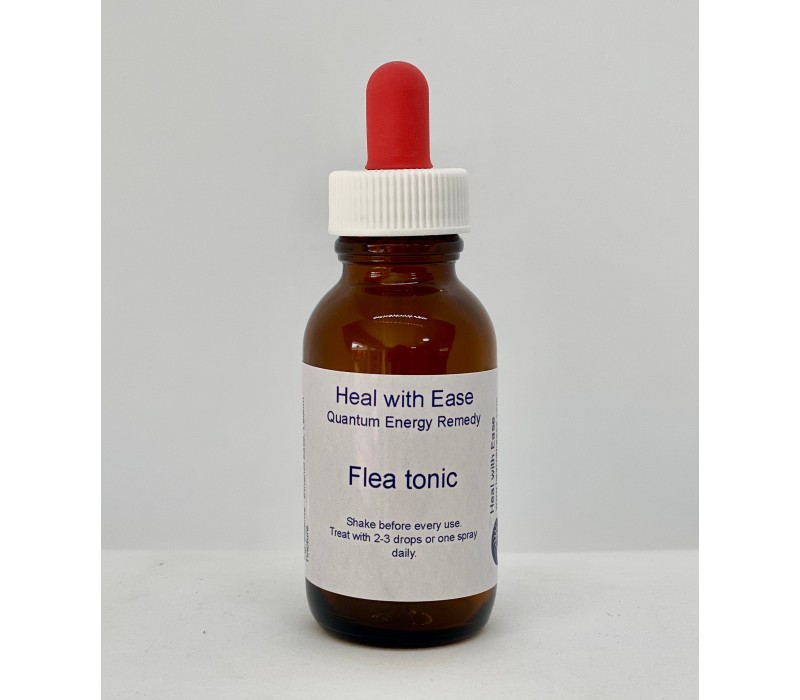 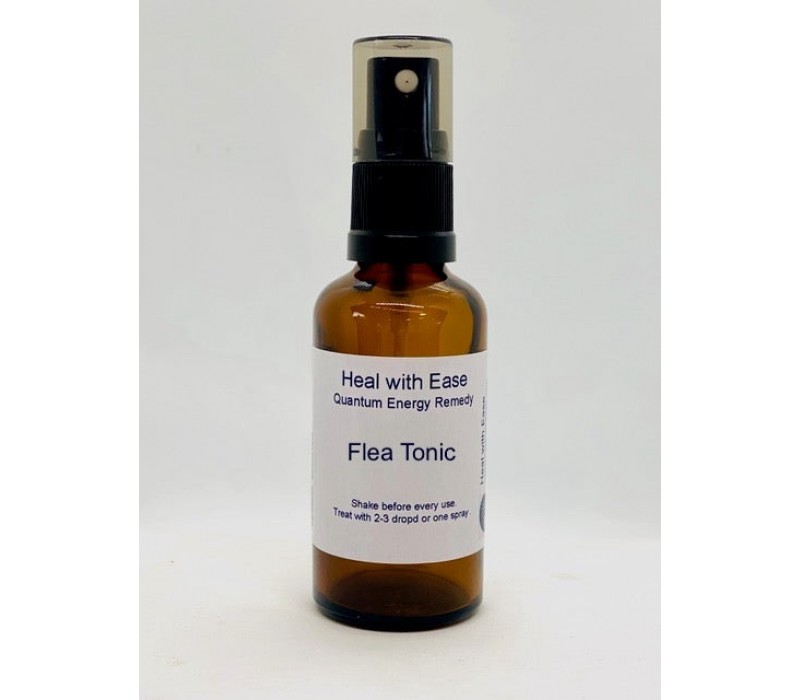 Our Flea Tonic has been 5 years in the making. Our clients have been requesting a natural option for flea control for a long time.

The trial product went out in October 2013. Many of our clients and interested people took up the trial. 15 in all. Only two people didn't get the expected flea control. We always thought there would be a percentage that didn't get the results. As with any chemical or non-chemical products there is never a 100% result.

This remedy was given, alongside an initial detox, daily for two months. We think once flea control has occurred you could drop back to once a week, increasing the dose again during flea season or when exposure to other dogs with fleas occurs.

Some of the feedback we had from the trial as follows:

"I started the dogs on the flea remedy (I have 4 greyhounds) and up until that point had been using a chemical flea repellant (a liquid spot-on). Their water supply is an automatic water bowl (similar to the ones used for horses) so my only option was to put the drops in there. With the constant refilling I wasn't sure how much of the remedy each dog was getting but I have to say that even with the ideal flea weather (and the fact that they are mostly "outside" dogs there has been only a couple of fleas on each dog so far. When I first got them and before I started using the chemical flea treatment they had a lot and would scratch very often. I might see them have a quick scratch once a day now and one of them (Candy) had very flea bitten tips of her ears previously but now she doesn't. I thank you for the opportunity to try out this treatment free of charge and I am thinking that I will most likely keep using your remedy rather than the chemical treatments..." Donna S.

We treated all the dogs as per you instructions and we have had no signs of fleas although a lot of people around the area due to it being so hot and dry are complaining about fleas this year.

I cannot definitely say that the flea treatment made a difference for me due to not having a flea problem to start with but with my dogs always out amongst other dogs competing in some form or another we have not had the flea issues other people have this year so that is good enough for me. Neville B.

No fleas……When they had their groom before xmas asked Groomer to have a good check and they said no fleas. Anastacia K.

My dogs have had no sign of fleas. Funny thing... We went to one of our neighbours house were they have a couple of dogs. Their dogs were absolutely flea ridden. You see the fleas and the dogs were scratching all the time and could see their discomfort. I did kind of panic as my dogs were playing with them and laying in the other dogs sand baths. I thought that my 2 were definitely going to come home with fleas. We came home and I monitored them.... No sign of fleas! You could imagine my relief! I do wash their bedding regularly. Their coat has been soft and shiny (not greasy) ... Shaylee P.

I have 2 Koolies a desexed male of around 5 and a desexed female not quite 11 months. The male I did the cleansing on, the female I didn’t to see if it made a difference. Happy to say that they have been on this for close to 2 months now and no sign of fleas. Cindy S.